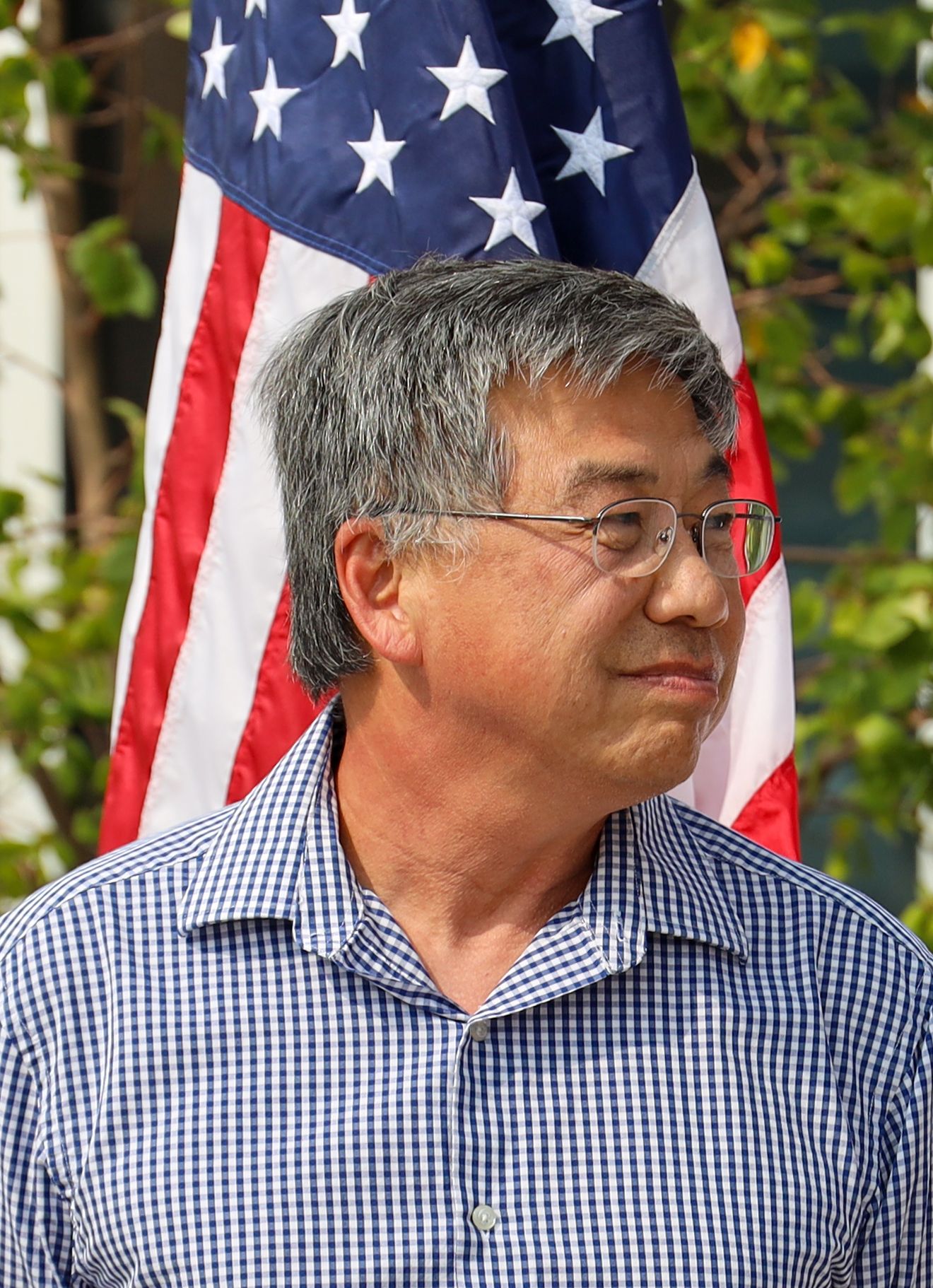 On Friday, September 18, the Quilts of Valor group and Legion volunteers presented Dr. Mark Chu with a Quilt of Valor in honor of his extensive service in the Army and Airforce.

Kathy Dye, Quilts of Valor volunteer, Thanked Dr. Chu for his service and gave an inspiring history of the Quilts of Valor organization and the meaning behind the quilts.

Box Butte General Hospital CEO, Lori Mazanec, read Dr. Chu’s military history and also thanked him for his service and continuing to serve his community as an ER doctor.

Dr. Chu said, “Every time I hear the National Anthem, or the Pledge of Allegiance, I still get goosebumps. I am so grateful to be American, and proud to have served this country.” He also mentioned the importance of the American Flag, and the pride he has for the United States.

Dr. Chu’s military history:
“Dr. Mark Chu joined the US Army as a Private First Class in 1984. Upon completion of Basic Training and Advanced Individual Training in Fort Knox, Kentucky, he was assigned as a Tank System Mechanic in Fort Irwin, California. Eighteen months later, he was accepted to Officer Candidate School (OCS) and graduated as a Second Lieutenant at Fort Bening, Georgia. From June 1985- July 1986 he attended Officer Basic Corse for Chemical Officers at Fort McClellan, Alabama, and graduated at the top of his class. Following his first assignment as a Battalion Chemical Officer with the 2nd Brigade, 47th Infantry Battalion at Fort Lewis, Dr, Chu attended the University of Nebraska College of Medicine under the Health Professional Scholarship Program and graduated in 1992. His three-year residency at the Northwest Iowa Family Practice Foundation culminated in receiving his board certification as a Family Practice Physician, promotion to Captain, and an invite to join the staff physicians at Heidelberg Army Hospital in Heidelberg, Germany. In 1996 Captain Chu was assigned to the 212th Mobile Army Surgical Hospital (M*A*S*H) in Wiesbaden, Germany, and deployed to Bosnia-Herzegovina. Upon completion of his deployment, Captain Chu was promoted to Major and served as the clinic commander at the Buedingen Health Clinic from January 1997 to August 1999. When his European tour came to an end, he was promoted to Lieutenant Colonel and it was determined his services were needed at Munson Army Hospital, in Fort Leavenworth, Kansas as the Chief of Primary Care, until his decision to separate from active duty in December 2002. In January 2003, Lt. Col. Chu joined the Nebraska Army National Guard and set up his Family Practice at the Ogallala Community Hospital. The next two years with the Army National Guard saw Lt. Col. Chu deploying for a four-month tour to a Medical Company at Camp Caldwell, Iraq. In January 2006, Lt. Col. Chu transferred from the Army National Guard to the 153rd Medical Group in Cheyenne, Wyoming. He retired February 9, 2009.”