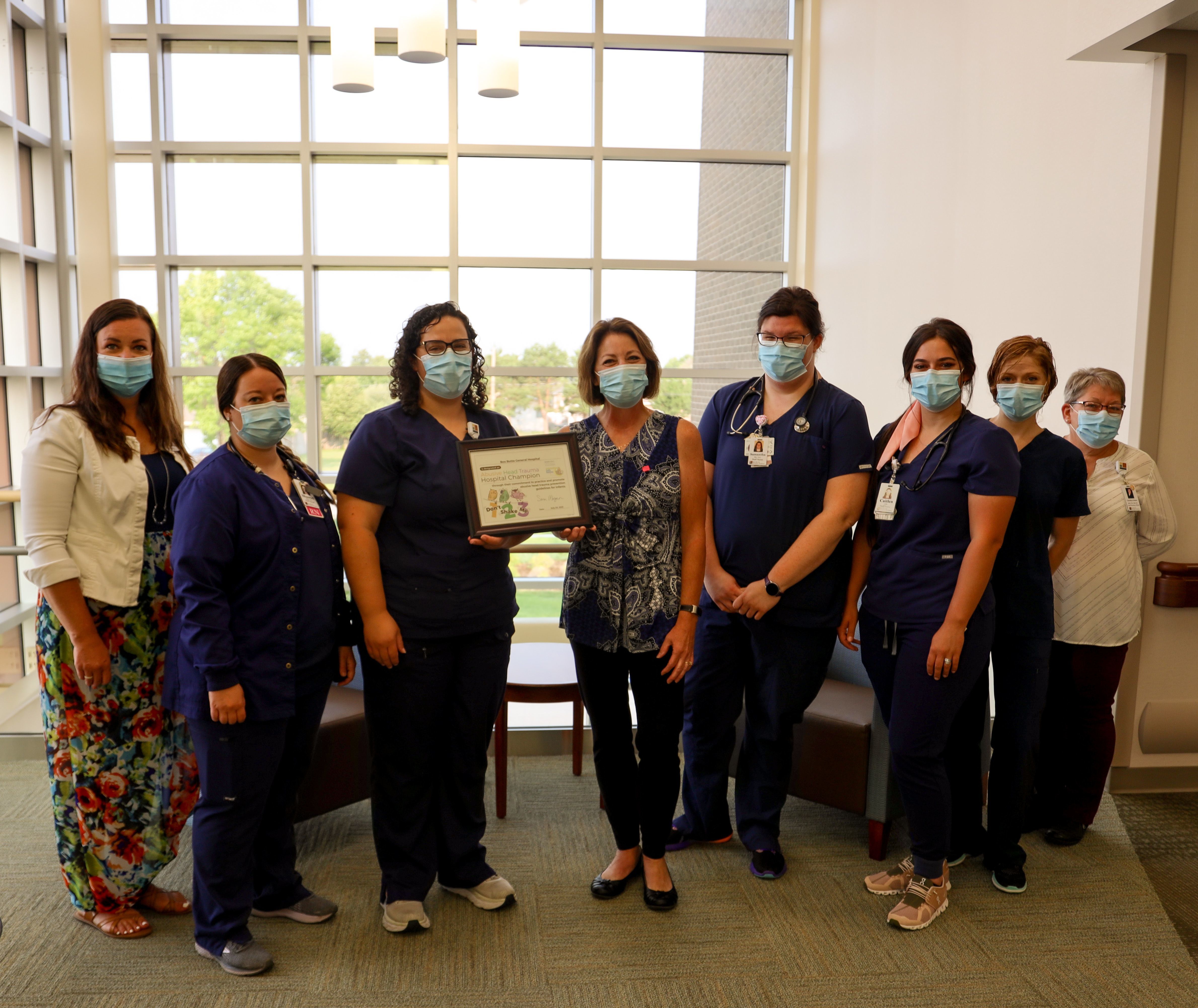 “The stresses of parenthood can be intense, but with proper education we are ensuring parents know the right way to deal with their new role,” said Judy Martin, Deputy Director of Community and Environmental Health for the Nebraska Department of Health and Human Services (DHHS). “This is a transformative initiative that impacts children in their first year of life, but affects the rest of their life.”

“Box Butte General Hospital’s nurses are compassionate about supporting this campaign to strengthen the awareness of the life altering effects of Abusive Head Trauma/Shaken Baby Syndrome for our community, staff, and our patients,” said Lori Mazanec, CEO. “As a champion in this campaign, BBGH’s goal is to prevent future children and families from living with the devastating effects of AHT/SBS. The education obtained from this campaign will give us the skills and knowledge to inform parents and communities that AHT/SBS is 100 percent preventable.”

DHHS worked with the Nebraska Hospital Association, the Nebraska Chapter of the American Academy of Pediatrics, the Nebraska Perinatal Quality Improvement Collaborative, and the Brain Injury Alliance of Nebraska to launch the Nebraska AHT/SBS Prevention Education Hospital Campaign. The campaign provides evidence-based education and training to parents of newborns as well as birthing hospital staff.

Eleven babies’ deaths were associated with Abusive Head Trauma for Nebraska infants between 2010 and 2016. Even one infant death is too many.  Many more babies were injured by being shaken, but were able to survive. Abusive Head Trauma (AHT), also known as Shaken Baby Syndrome (SBS), is 100 percent preventable and is a form of physical child abuse to a baby or young child.