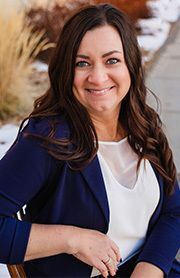 Lori is a native of Alliance. She earned her Bachelor of Science degree in Business Administration with an emphasis in Accounting from Chadron State College in 1997, and her Masters in Healthcare Administration from Bellevue University in 2018. Lori began her career as the interim Accountant at Western Nebraska Community College before pursuing tax accounting. She worked for R.K. Nelson and Associates in Alliance for three years. In 2001, Lori joined Box Butte General Hospital as the Finance Assistant. She was promoted to Controller in 2008 which also included managing the finance department. She took the role of Chief Operating Officer at the hospital in 2013. In July 2016, Lori was named Interim CEO, a position she held for 6 months until officially taking on the role of CEO in December 2016.

Lori is a graduate of the 2004 Leadership Box Butte program and Class VIII 2011 Nebraska Hospital Association Leadership Institute. She is also a Certified Just Culture Champion. 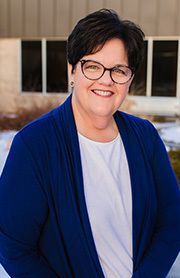 Mary grew up and received her professional nursing education in Philadelphia, PA. In 1978 she moved to Nebraska, and in 1979 began working for Box Butte General Hospital as a charge nurse and later as a house supervisor. Prior to her current position as Chief Quality Officer, Mary has served in a variety of roles, including Infection Control Nurse, Employee Health, Utilization Management, Hospital Social Services, Quality Manager, Joint Commission Accreditation Coordinator, Risk Management, Safety Officer, and Director of Special Services. She is a licensed Social Worker, certified in Infection Control, a TeamSTEPPS Master Trainer, a member of A.P.I.C., NHA Coalition for Patient Safety, and the Historian for the Nebraska Association of Healthcare Quality, Risk and Safety. Mary is a graduate of the Leadership Box Butte and the Nebraska Hospital Association Leadership Institute programs. 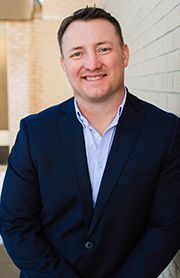 Jim is a 2007 University of Nebraska-Lincoln graduate with a Bachelor of Science degree in Construction Management. The Hebron, NE native started his new duties as COO at BBGH on March 1, 2017, assuming leadership responsibilities for Plant Services, Environmental & Laundry Services, Information Services, GNMSS Clinics, and the Rehab & Wellness Center.

After graduating from UNL, Jim immediately joined Beckenhauer Construction Inc. (BCI) and after a few months, he became an assistant superintendent. From there he moved up to project management and last year BCI promoted him to Senior Project Manager where he worked with all other project managers.

Jim moved to Alliance in January of 2014 to be onsite for the BBGH construction project. 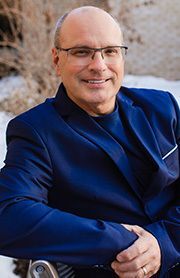 Mike brings a depth of healthcare experience to the CFO role. Born in rural Nevada, Mike attended Business College and earned his Bachelor's Degree in Accounting, and then passed the Certified Public Accountants Exam. After that, Mike traveled to rural areas of the U.S. working as a Medicaid and Medicare contractor, auditing healthcare facilities. Mike then attended the University of Denver, earning his Master's Degree in Tax/Accounting, went on to the University of Notre Dame earning an Executive Certificate in Leadership, and finally Harvard University, earning a Graduate Accounting Certificate.

After about 10 years, Mike moved to Kansas for a hospital CFO position and on the weekends, would load up his kayak, mountain bike, and fishing pole and head to Nebraska! Mike said, "I remember telling my wife, this place is great and how much I loved it. The best fishing was at Lake Ogallala and Kayaking at the Niobrara. After meeting with Lori, the board, and the team members, I knew this was the place for me. The culture was exactly what I was looking for. Moving to Alliance combined my passion for healthcare and the outdoors. I have a strong sense of community and the desire to be a part of great things.” 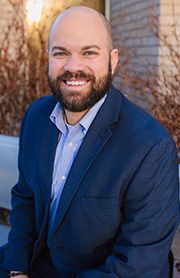 Jordan Colwell began his health care career approximately 20 years ago working as a phlebotomist and nurse aide at Box Butte General. After being away from BBGH for 10 years, he is now serving as Chief Nursing Officer. Colwell has worked in a level two trauma center as house supervisor, emergency room nurse, and accreditation coordinator. After his experience in the hospital setting, he moved to a nurse manager role in three family practice clinics and then served as Director of Clinical Services for 22-multi-specialty clinics. Most recently, Dr. Colwell served as Division Chair for Health Sciences/Nursing Instructor at Western Nebraska Community College. He also served his country as a Captain/Flight Nurse in the Air Force Reserve.

In his spare time, he enjoys spending time with his wife and sons. He also enjoys traveling, golfing, running/working out, gardening, and watching Husker Sports.