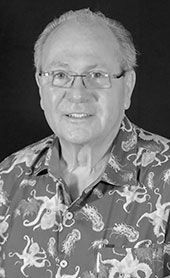 Certified by the American Board of Urology, 1979

Certified by the American Board of Laser Surgery 1994

A pioneer in laser prostatectomy (one of only three urologists who started using the technique in the United States when first developed), Dr. Childs has traveled the world teaching fellow urologists the procedure. “I’ve given lectures on that and other topics concerning urology in 22 countries over my career,” he said, “as well as authored three medical texts, six chapters in medical books and published over 75 articles in peer-reviewed medical journals.” He is a consulting editor to the journal Urology and is a former editor-in-chief of Issues in Urology and the urology section of Medscape, among others.

He has been active in clinical research for 28 years, having started three research companies, one of which went public. An early interest in infection and inflammation of the urinary tract led him to the faculty of the University of Colorado in Denver and an appointment as Clinical Professor of Surgery in 1999, a position he still holds (though he no longer teaches).

At GNMSS Urology, Dr. Childs will treat disorders of the male and female urinary tract (bladder, ureter, kidney, and urethra) and the male reproductive system. As far as surgical procedures at BBGH, he will mostly focus on kidney stone removal and removal of prostate obstructions, using shock wave lithotripsy or holmium laser lithotripsy to eliminate kidney stones and laser prostatectomy for the removal of prostate obstructions.